In July 2019 we found out that plans for the Broadmarsh redevelopment didn’t include any protected cycling routes. We encouraged supporters to contact their local councillors to make sure this flagship city centre scheme was cycle-friendly.

Thanks to everyone who did this as it has resulted significant improvements to the plans.

They include a high quality protected route along most of Canal Street, the kind of thing we really need in order to enable cycling for everyone.

The Plans: What You Need To Know 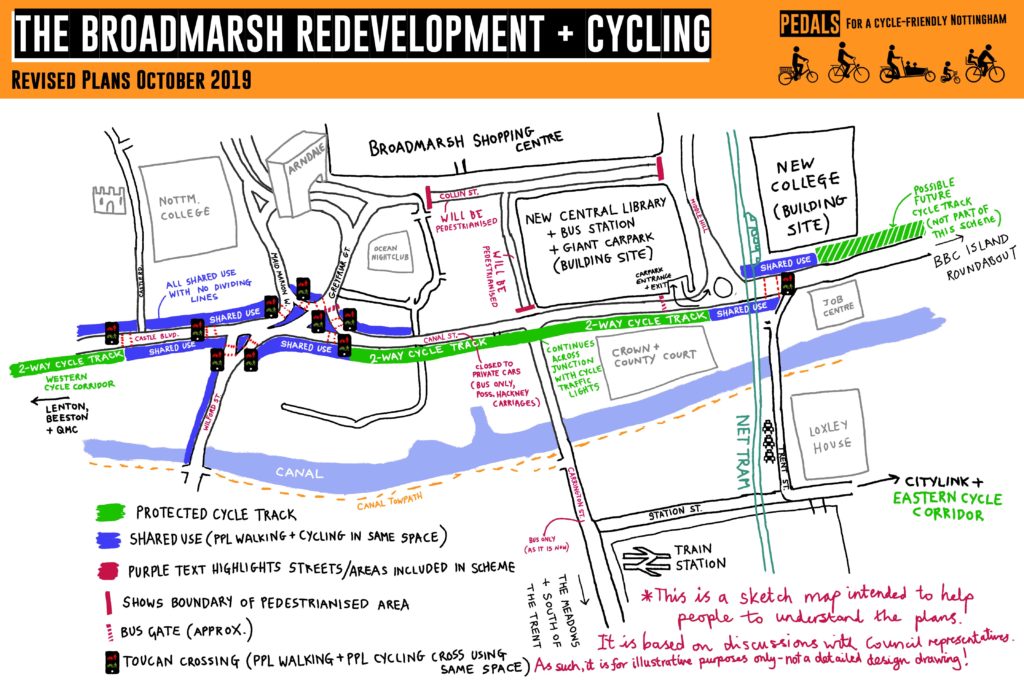 What we’ve talked about so far is world class design which should be applauded. Just as we’ve seen with the Western Cycle Corridor, streets designed with cycle paths will enable more people to cycle for everyday journeys. We need to design our streets so that everyone feels safe cycling on them – especially the vast majority of the population who *currently don’t cycle*, largely because they don’t feel safe riding with motor traffic. These designs will achieve this. 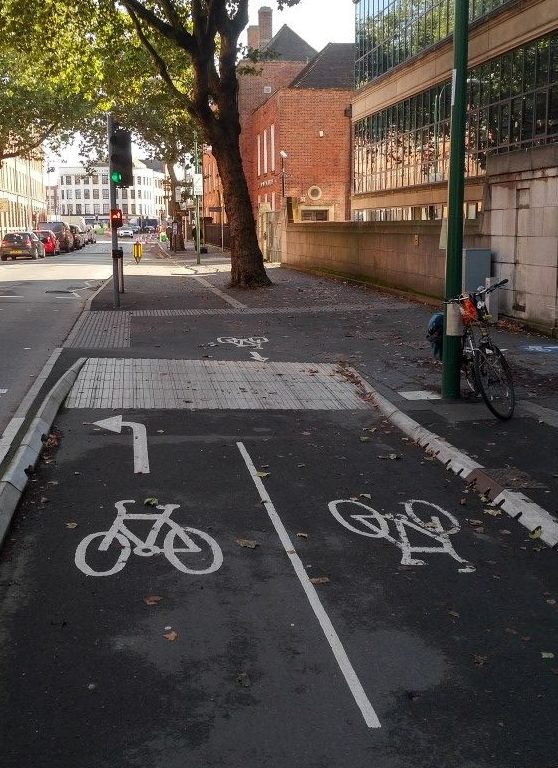 Where to go next? Looking towards Wilford St junction from end of Western Cycle Corridor on Castle Boulevard) 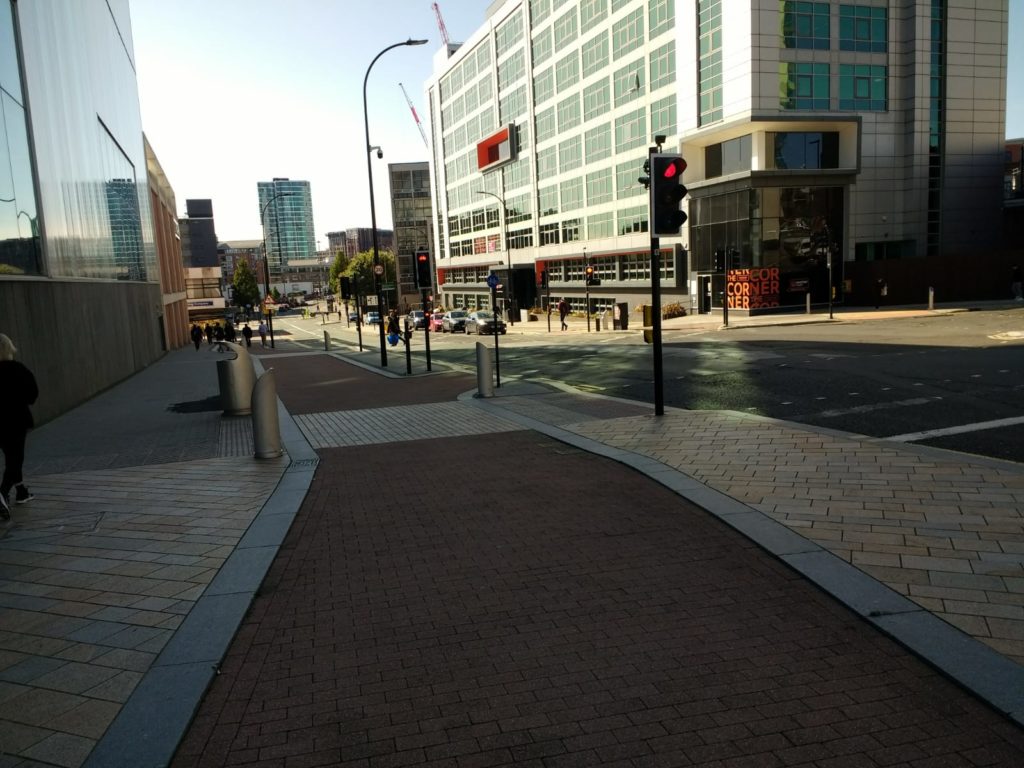