Michael Metcalfe, a disabled military veteran whose recumbent tricycle was part funded by the Royal British Legion, complained that barriers blocked his access to a safe, off-road route. 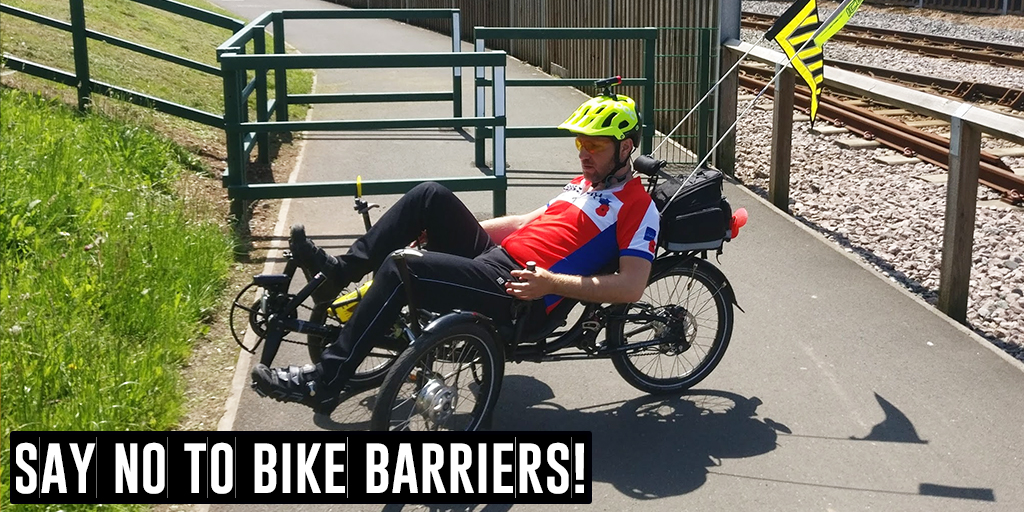 In his complaint Michael said that the new barriers had –

“completely blocked my passage and I find it extremely insensitive that in the days where we are supposed to be tolerant to all, that you purposefully block disabled people with mobility issues and force us back onto the road!!”

Adapted cycles (often ridden by people with disabilities or older people) often have a much larger turning circle than standard bicycles, as well as often being heavier. Obstacles (such as barriers) which deter or prevent access to disabled people who cycle, as well as older or less mobile people who are not able to dismount or manhandle their cycles easily.

After a meeting with Michael, Rushcliffe Borough Council have pledged to modify the most restrictive of the three barriers. Michael was very happy to hear the news, saying

“It shows what can happen when we all listen to each other.”

Link to video interview with Michael by Tom Myatt (00:40)

Emma Metcalfe from Pedals, who organised the protest says –

“We welcome the admission that these new barriers discriminate against disabled cyclists like Michael and urge Rushcliffe Borough Council to remove them entirely. Pedals would be very keen to hear from other disabled cyclists and people who ride adapted cycles in the Nottingham area, especially regarding barriers such as these.” 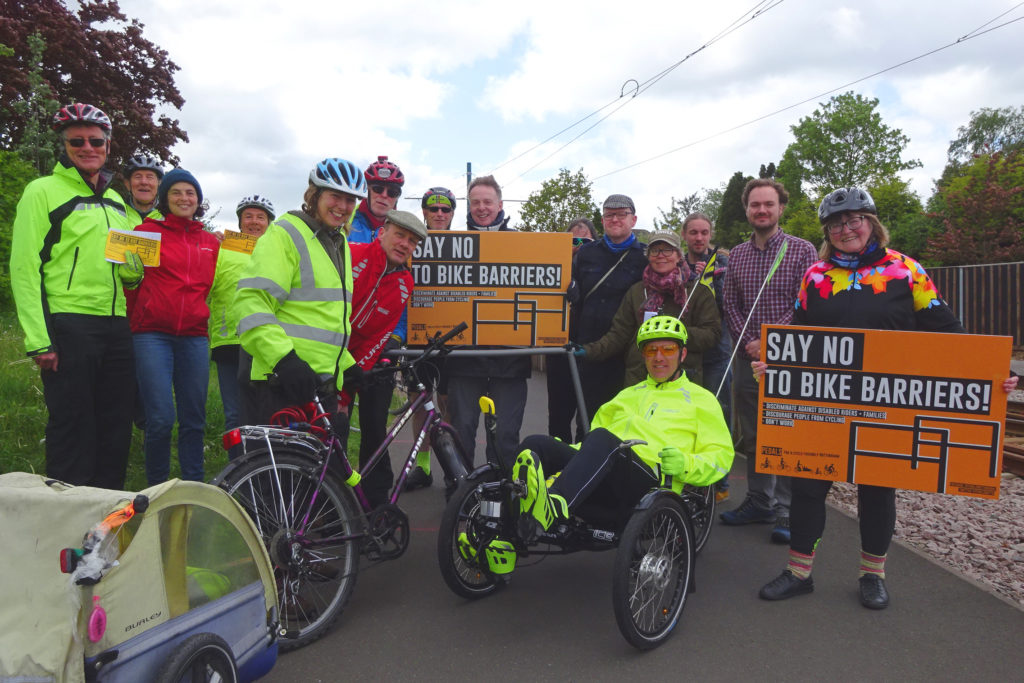 Pedals, Nottingham Cycle Campaign organised a protest against the planned barriers in May 2019.

View barrier locations and design drawings on a map here.

The barriers were installed shortly afterwards, also in May 2019.

Pedals opposes cycle path barriers on the grounds that they –

You can read more about inclusive cycling and disabled cyclists here.