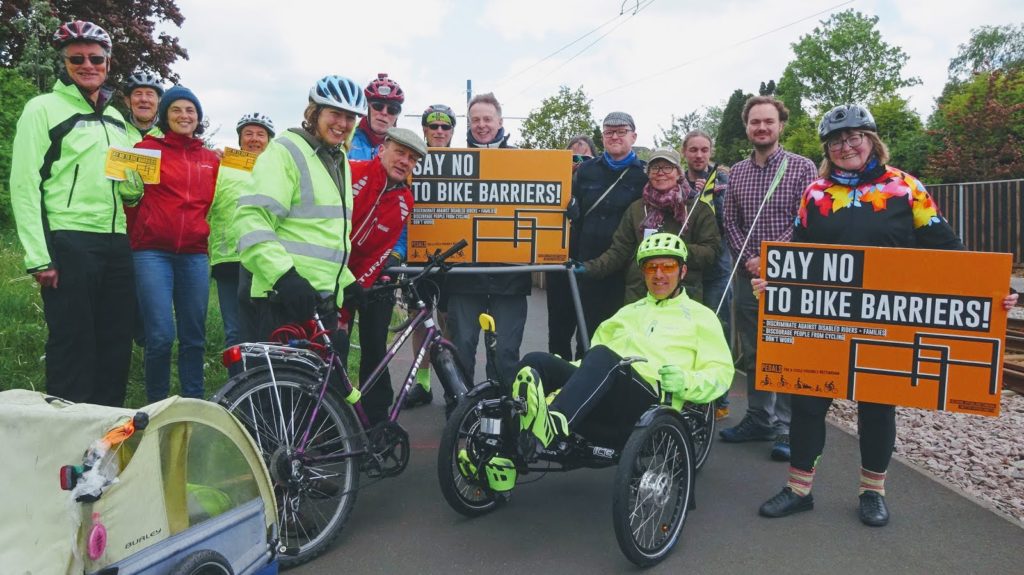 View the proposed barrier locations and design drawings on a Google map here. 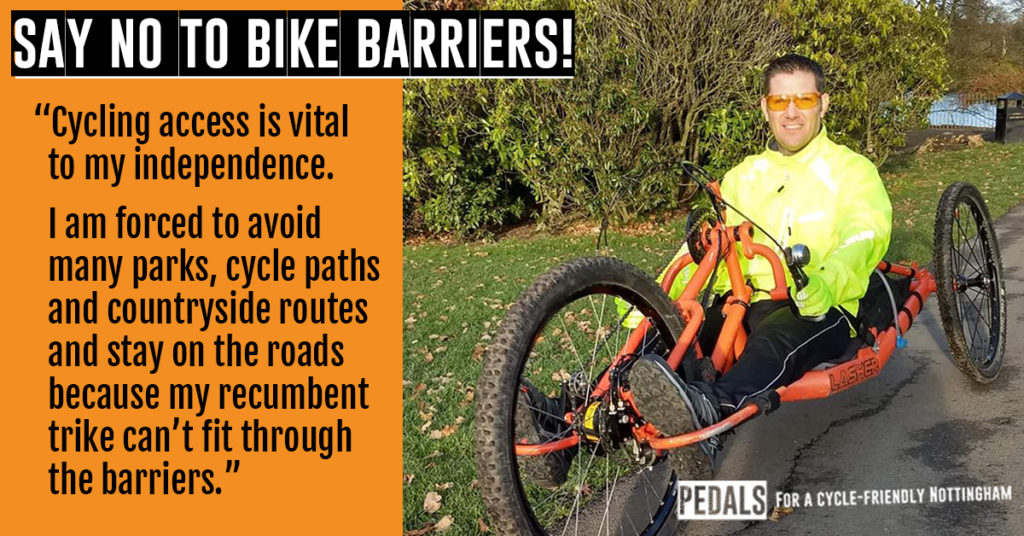 Disabled cyclist, Michael Metcalfe demonstrated to onlookers how he struggles to manoeuvre his recumbent trike around barriers, saying

“Cycling access is vital to my independence. Inconsistency in barrier design really restricts my movements around the city and at times, completely blocks my use of places of natural beauty within Nottinghamshire. I am forced to avoid many of the parks, cycle paths and countryside areas and stay on the roads (because my recumbent trike can’t fit through the barriers).”

Rushcliffe Borough Council hope that the barriers will stop illegal motorcycle riding on the path, but Matt Turner, Chair of Pedals, says they are unlikely to solve the problem and will instead stop many people (especially older riders and people with disabilities) from being able to cycle on the path at all.

“This really is a case of working with the Police to tackle illegal motorbike activity. If you take the approach of physically trying to block out these nuisance motorcycle riders, rather than catch the individuals involved, then you block out lots of other people too and you make a crucial part of the cycle network unusable. We are asking Rushcliffe Borough Council to reconsider.”
Barriers proved to be an emotive subject among people who cycle in the Nottingham area, especially older riders, people riding with children and riders with disabilities. 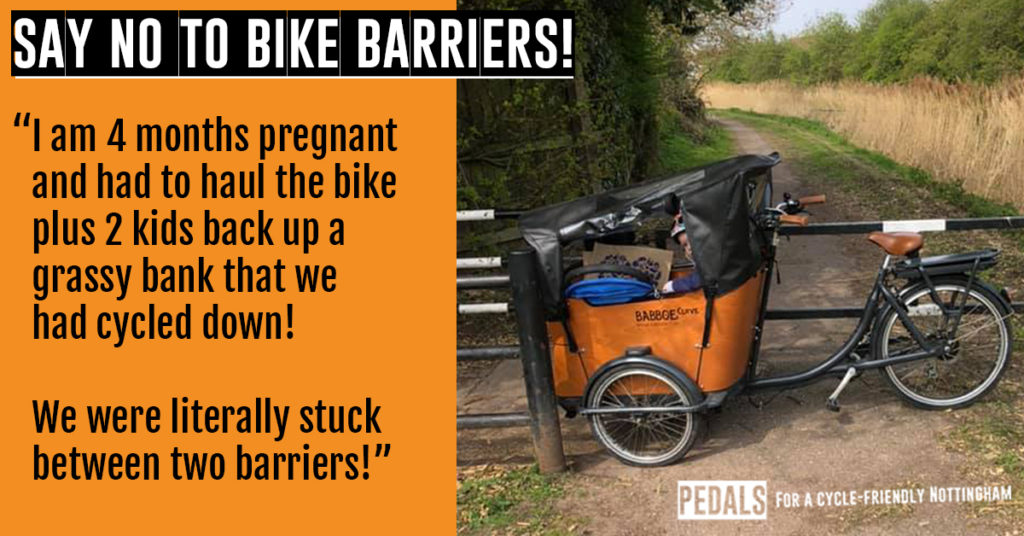 “I ride my trike because of medical conditions. I wish to continue cycling & two wheelers are no longer possible for me. Getting off and lifting this round chicanes & similar obstacles is becoming increasingly difficult.”

“I cycle towing my daughter in our trailer, any kind of weave through barrier is a nightmare for us.” 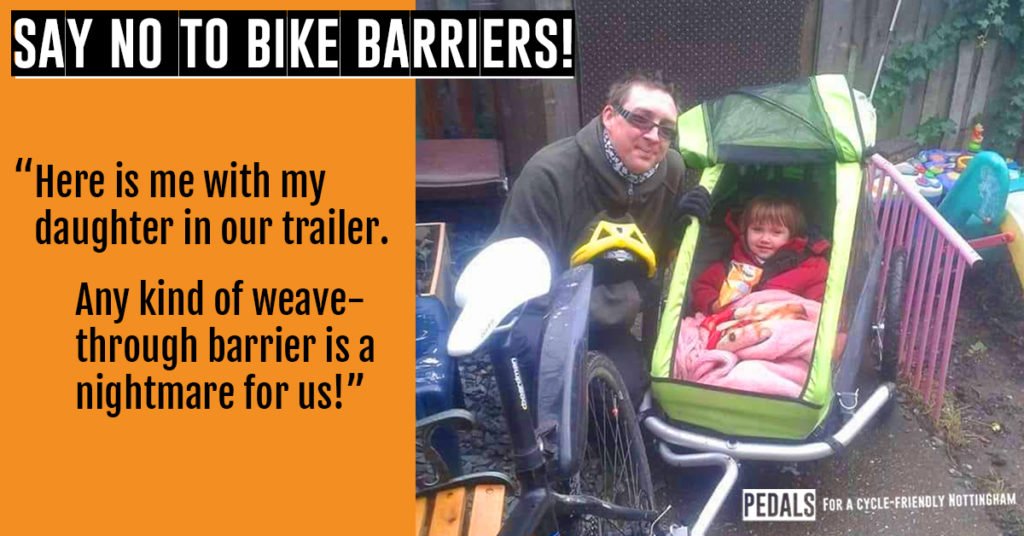 Pedals opposes cycle path barriers on the grounds that they –

“It’s really encouraging to see organisations like Sustrans working to remove discriminatory barriers on their routes. Nottingham has ambitious targets to increase the number of people cycling and we must do everything we can to make sure routes are accessible for everyone who wants to cycle.” 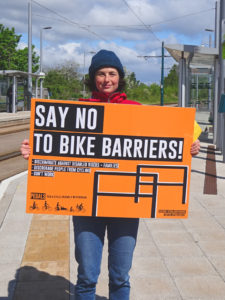 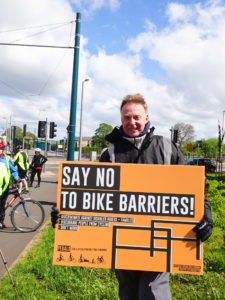 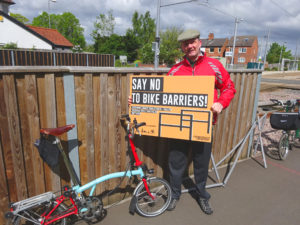 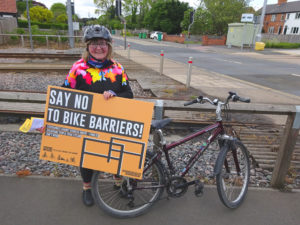