At the Pedals meeting on 19 November we agreed to submit a strong objection to the proposed experimental motor cyclist use of Mansfield Road bus lanes.

This is because we believe that such a change will worsen conditions for cyclists on Mansfield Road, already a difficult area because of the absence of any cycle paths or cycle lanes, and undermine the benefits of the degree of protection they do now enjoy through being able to use bus lanes. Such a change will certainly, we think, make bus lanes more intimidating for cyclists, and may well also encourage motorcyclists to ride faster, with further worrying implications for cyclists and also pedestrians.

Although we are aware that some Councils elsewhere in the country claim that allowing motorcyclists to use bus lanes has not resulted in any increase in accidents, we feel that such a view ignores the likelihood that this is mainly because less confident cyclists now feel too intimidated to use those roads at all, and have either taken to using other routes or stopped cycling altogether. It is this much greater probability of intimidation that must be taken into account, not just levels of recorded accidents, and we would therefore emphasise the importance of this being fully investigated in the monitoring of this experiment. 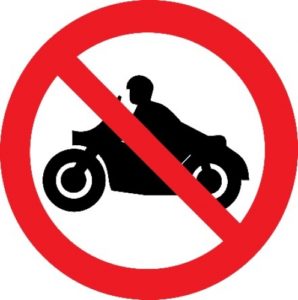