It’s around 10 weeks since the DFT announced Nottingham City Council had been successful in their Emergency Active Travel Fund bid. They were awarded the full amount, plus a bit more as a reward for a high quality bid and we were pretty excited looking at the plans. With just under 3 weeks left to complete their schemes and a lot of people asking what’s going on, let’s take a look at where we are in Nottingham. 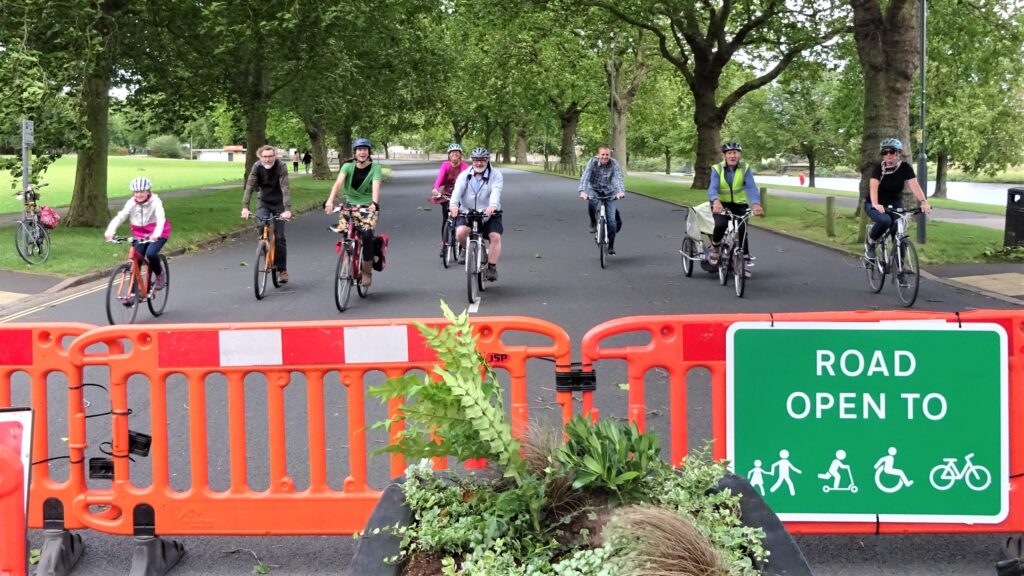 NB. We are focussing on routes and changes to streets only. You can view everything else that was in the bid in this handy Google Doc, view original bid documents here and more info on the Transport Nottingham website.

Not known (No specific information/TROs/public statement)

So what do we think?

The emphasis of the Emergency Active Travel Fund is on swift interventions to reallocate roadspace to walking and cycling to keep people safe travelling during Covid and reduce pressure on public transport.

10 weeks in, how many roads have been changed to give more space to people cycling? Currently there’s just one completed route (Victoria Embankment, which we strongly support), the School Streets trials (really support these too) and a short stretch along Middleton Boulevard. Massive progress is needed in the next 3 weeks to fill in the rest of the route map from the bid so we’re hoping to see things taking shape very quickly from now onwards. Please keep an eye out and let us know when you see things happening. 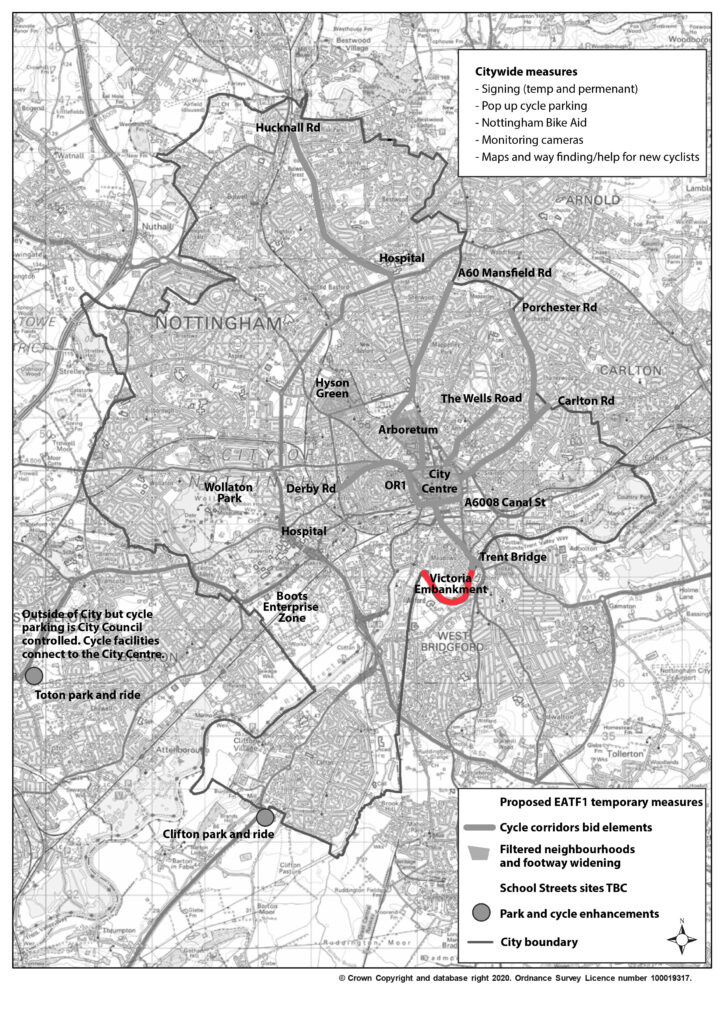 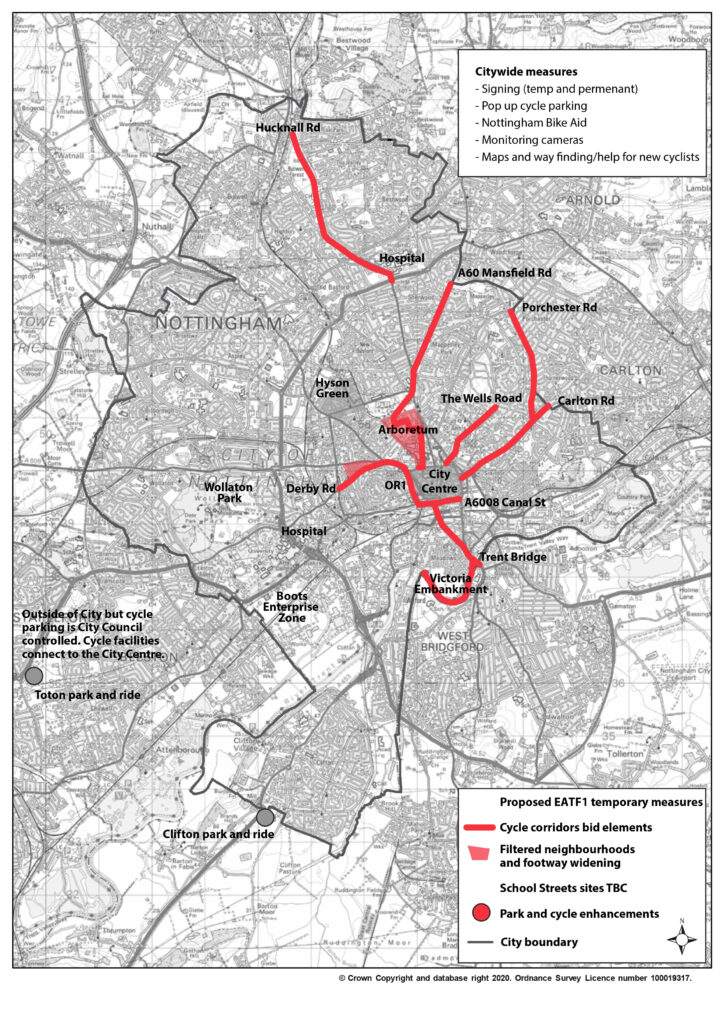 Routes and LTNs from T1 bid

We’re alarmed but not surprised that in Nottingham“General traffic levels (cars and motorcycles) are now at around 80-85% of normal levels.” ** What’s really worrying is that we’ve reached 80-85% car and motorcycle traffic despite so many people working from home. We’re in a situation where people who own cars (who are already in a privileged position) can travel where they like but people who don’t are restricted in their ability to get around safely. Both safety from the risk of catching Covid and experience/fear of road danger if they cycle.

Nottingham has already submitted a bid for Tranche 2 of the funding (the deadline was early August, bid documents are here). According to the Invitation to Bid letter

“Funding in the second tranche will also depend on how swiftly and effectively authorities have implemented the plans for which they have received funding in the first tranche.”

It will be interesting to see whether councils who’ve been able to get stuff up built a lot quicker will be rewarded and whether delivering the bulk of its schemes within the final weeks could count against Nottingham. It really depends how much the new no-nonsense talk from DFT talk translates into real life. Plus what the routes actually look like when they’re built. We should have a much better sense of that imminently so keep an eye out and keep us updated.

“As with Tranche 1, to receive any funding, authorities will need to satisfy the Department that they have swift and meaningful plans to reallocate road space to cyclists and pedestrians (both groups rather than one or the other), including on strategic corridors. Schemes that do not meaningfully alter the status quo on the road will not be funded. All cycling schemes, permanent or temporary, will need to include segregation or point closures to through traffic: advisory cycle lanes, and those marked only with white paint, will not be funded.”

*Two of the schemes (Middleton Boulevard and Thane Road) were included in the Tranche 1 bid as ‘gestures of goodwill’ and are not being funded by EATF. Middleton Boulevard is planned upgrade work that has been brought forward using temporary materials in order to create a bit more space along that short stretch.
**According to section 2.2 of the Transport Update prepared ahead of a meeting of the Joint Committee on Strategic Planning and Transport on 11.09.20.