The River Leen flows from near Annesley until it joins the River Trent near the Meadows. This important green corridor is an underused civic asset, and one that needs to be improved for connectivity, biodiversity and recreation as set out in the 2010 Access and Biodiversity strategy. Part of this strategy includes improvements to the River Leen multi-user route which, when completed, would extend for over eight miles along most of the river from Hucknall to the Wilford Toll bridge.

Improvements were made in 2014 with the construction of the Wilkinson Street Boardwalk – the aim of which was to improve cycling and pedestrian connectivity, for transport and recreation. The fund also supported conservation along the tributary and has helped protect and improve biodiversity in the area. The continuation of this project in 2018 aims to build on this work and improve further sections of the multi user path that are well used for commuting and leisure use in addition to further biodiversity improvements.

Plan of works
The project will improve three sections of the multi-user path;

This project has  been made possible through the European Regional Development Fund. 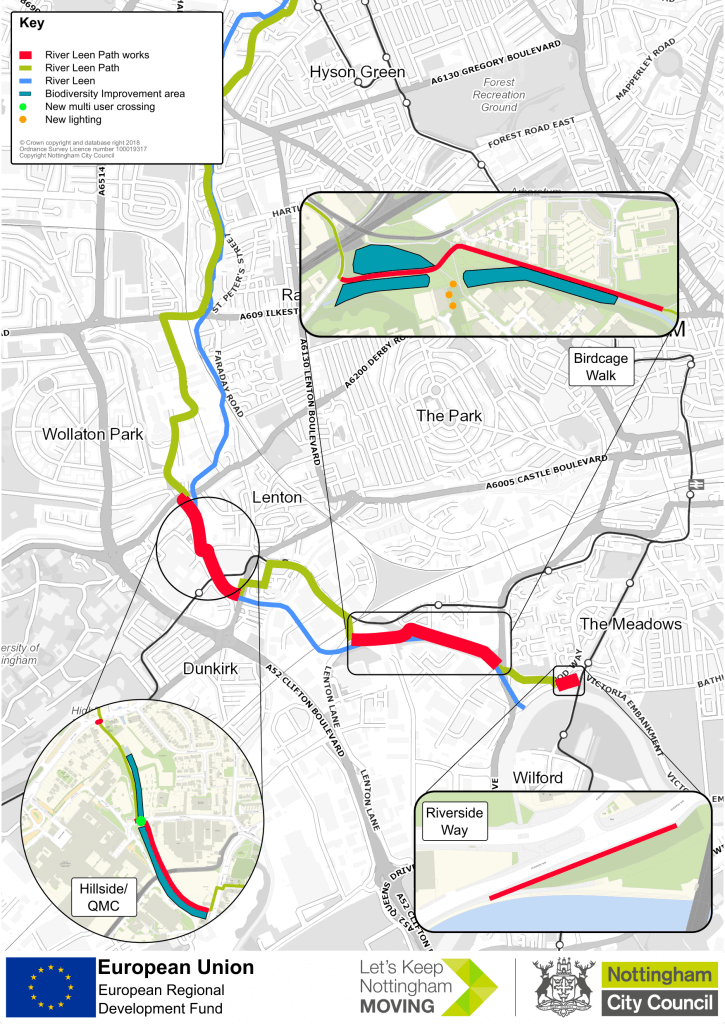