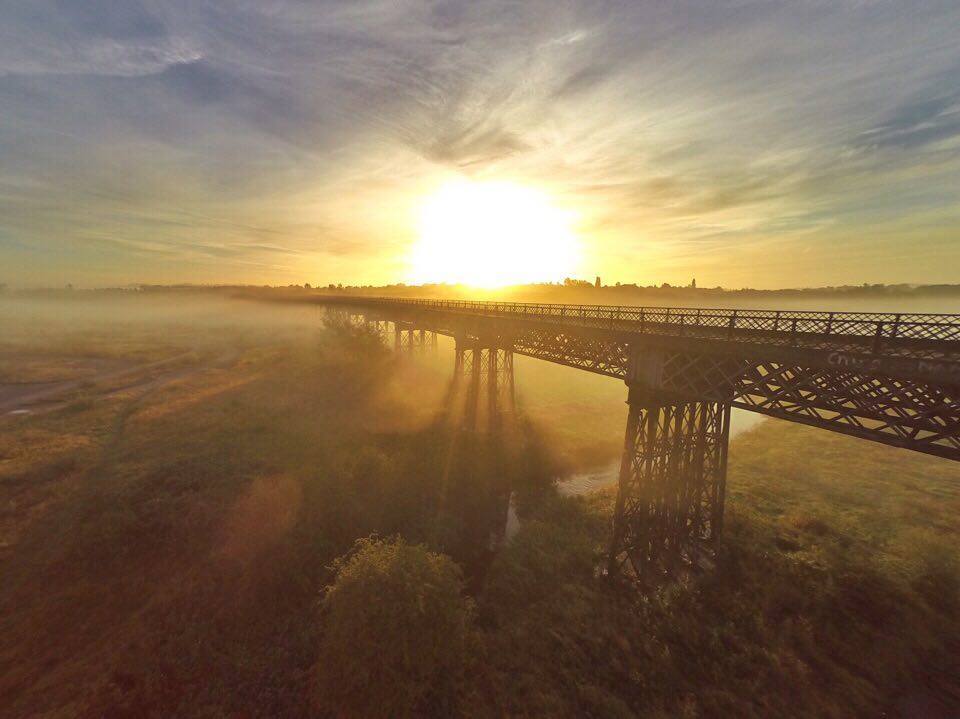 Photo of the viaduct by Paul Atherley

On March 28 2017 the Nottingham Post published a double spread article which records the growing support and enthusiasm for the Sustrans Bennerley Viaduct restoration Project.

Pedals is one of several local groups involved in the Friends of Bennerley Viaduct working with Sustrans to restore this major structure between Ilkeston and Awsworth, with a walkway /cycleway over the top and linking to both sides of the Erewash Valley Trail, etc.

The exhibition they arranged this summer about their project in the Erewash Museum in Ilkeston attracted much interest, and included a model of the restored viaduct and its new links at both ends. This model is now being shown at other local venues.

As well as continuing a wide range of efforts to encourage local interest and support Sustrans are focusing on many other elements of preparing the first part of their main funding bid, to be submitted in mid-2017 to the Heritage Lottery Fund. The HLF have already funded two part-time posts as part of this long process.

Just letting you know that unfortunately our bid to the Heritage Lottery Fund hasn’t been successful this time round. HLF say yesterday’s Board meeting was a highly competitive round of decision-making and that the current level of demand means they simply can’t support all the good heritage projects that apply to them.

As mentioned in my last email, we’ll be holding a Bennerley Viaduct Project partnership meeting at Awsworth Village Hall (NG16 2QQ) on Thursday 18th January 10:30am (note the slightly later start time). We’ll be discussing feedback on the bid and what we need to do in preparation for submitting again.